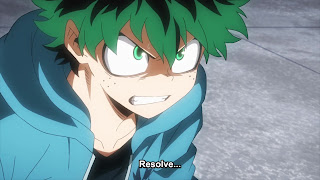 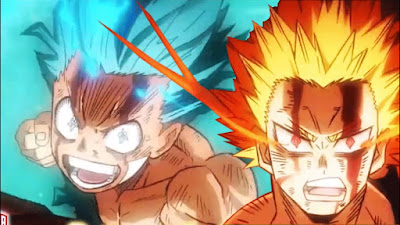 My Hero Academia: Heroes Rising (Japanese: 僕のヒーローアカデミア THE MOVIE ヒーローズ:ライジング, Hepburn: Boku no Hīrō Akademia THE MOVIE: Hīrōzu: Raijingu) is a 2019 Japanese animesuperhero film, and the second film based on the manga My Hero Academia by Kōhei Horikoshi. The film was directed by Kenji Nagasaki, produced by Bones, and was released in Japan on December 20, 2019 and was released in North America on February 26, 2020. The events of the film take place after the Endeavor Agency arc in the My Hero Academia manga. It is also intended to be the last film adaptation for the franchise.


The League of Villains escapes in a truck while transporting a man in a life support. The truck is eventually destroyed by the No. 1 hero, Endeavor, but the League members were revealed to be copies made by Twice, As Endeavor and the No. 2 Hero, Hawks, search the truck to find nothing but an empty life support capsule. Nine, regroups with his team of super-powered villans who plans to create a society where the …
1 comment
Read more